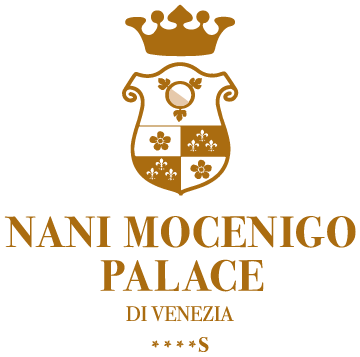 The Palace, dates back to the XV° Century, was the residence of the Barbarigo Family whose the greatest exponent was the “Doge Agostino Barbarigo”.

The Palazzo was part of the dowry that Elena Barbarigo, Doge Agostino’s daughter, brought to her husband Giorgio Nani; then the palace passed to his son Bernardo, the founder of the family branch called ” of San Trovaso”.

In the XVIII° Century the Palace was home of the “Museum Naniano” (Museum of Antiquities, a private collection of the Nani Family), and later was the site of the Ca’ Foscari University of Venice and then of the “Glass Museum Vitraria”.

This Gothic Palace with its facade completely restored by Sansovino, contains important frescoes painted by Guarana, a Tiepolo’s collaborator, and some notable stuccoes by Alessandro Vittoria.